Add description, images, menus and links to your mega menu

A column with no settings can be used as a spacer

Link to your collections, sales and even external links

Add up to five columns

Nominate someone who rocks their runs on your social media and you can each win a pair of Asics Gel-Cumulus 20. Oh and did we mention that you will also win a sweet but secret prize to be revealed June1!

Nominate your personal running Rock Star and you can both win!

You all know who they are—the Running Rockstars who make their communities brighter. They're happy, fun to be with, we feel like if they were in a band they would play the drums. ASICS, as part of their #IMoveMe campaign, along with BlackToe Running and iRun magazine, wants to reward the Running Rockstars in your neck of the woods. Nominate someone you love. Who would you want to go on a runcation to Barcelona with? Who would help another runner in need? Who rocks their runs? Use the hashtag #RunningRockstar and #IMoveMe and give us a few lines about what makes them unique and inspiring. The prize is a secret, to be revealed at BlackToe Running on Friday June 1, 7:45 p.m., after a run. Keep Saturday June 2nd open and leave your inhibitions behind. We all know whats moves us. Who moves you? Use #IMoveMe and #RunningRockstar on social media, nominate a Running Rockstar, and let's make our next run LOUD.

There will be a group run with all winners on Friday June 1st and the secret prize will be revealed at that time.  Winners are strongly encouraged to keep June 2nd open!

This event is brought to you by Asics Canada, BlackToe Running and iRun Magazine!

Nominations close May 27th. Winners will be announced by May 28th. Prizes will be revealed on June 1st. 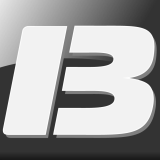